The vote has finally taken place.

Just before the Spotlight Films Tuesday showing of Nebraska on May 27, 2014, at the GEM Theatre we showed both the entries to the audience on the BIG SCREEN. Then we went around with a pair of ballot boxes and they cast their votes.

A number of Thank Yous need to be given here:

Thanks to Spotlight films for letting us intrude on their evening.

Thanks to the GEM Theatre for helping out with this.

Thanks for Lizanne Eastwood and Lorraine Davies-Van Boeyen for being ‘on board’ and the helpful input.

Thanks to both Lorraine and Helen for donating money to the prize kitty. Lorraine put in $300 and Helen put in $100.

And thanks to Lorraine for the materials, photocopying and putting up with my lunacy

And last, but not least, a BIG Thank You to Megan and Helen for all their hard work and the fine productions they have wrought.

Both the movies looked great on the big screen and everyone enjoyed seeing them. 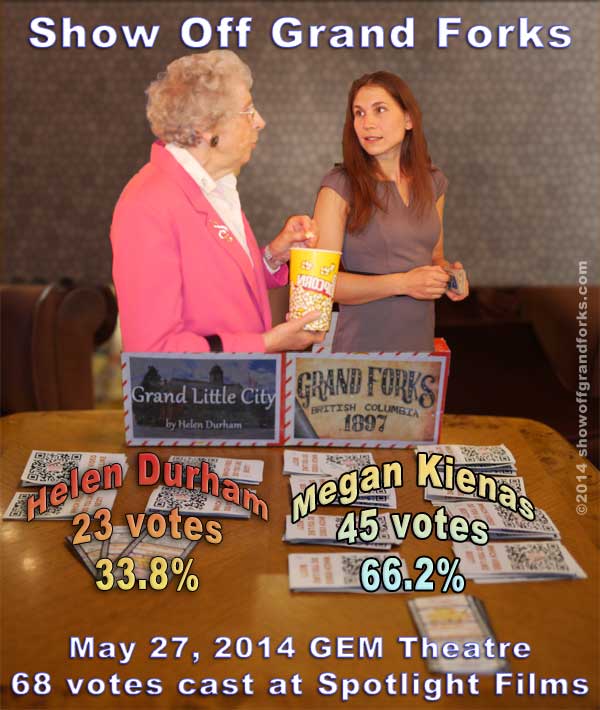